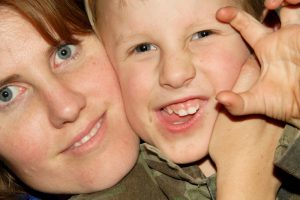 An article recently published online, in the journal Pediatrics, reviews a research study which examined the perceptions of parents regarding the use of certain terms by health care providers, to describe the weight of their children.

An online survey was offered to 445 American parents with children of two to eighteen years of age. Ten common terms used to describe overweight youth were rated by the parents according to a 5 point scale. The ten terms (“obese”, “overweight”, “chubby”, “fat”, “high BMI” or body mass index, “weight problem”, “unhealthy weight”, “weight”, “heavy”, and “extremely obese”) were evaluated by the parents to determine the extent to which they were perceived to be stigmatizing, blaming, or motivating.

Results from the parents determined that the most stigmatizing terms were “fat”, “obese”, and “extremely obese”, whereas the terms “weight problem” and “unhealthy weight” were the most likely to motivate weight loss. The parents’ responses were consistent regardless of socioeconomic status, location within the US, weight of the parents, and weight of their children. The study has been criticized however, for the lack of an ethnically diverse sample of respondents.

Although the study makes use of hypothetical scenarios rather than real life situations, it does addresses important issues for health professionals, concerning the use of weight specific terminology when discussing children’s weight with their parents. The use of terms which have unpleasant or stigmatizing connotations may result in an unnecessary communication break-down, and get in the way of productive conversation to assist with healthy weight loss.

The study also contradicts previous recommendations of describing patients by the use of weight specific terminology in order to motivate weight loss. Equally concerning, is the reaction of some parents to stigmatizing terms used to describe their children. Approximately 36 percent of parents stated that they would adopt a “strict diet” in order to promote weight loss if their child was called “extremely obese”. Research points to long-term problems with diets that promote severe calorie restrictions, especially in the case of children.

Source: Article available online in the September 26, 2011 issue of Pediatrics