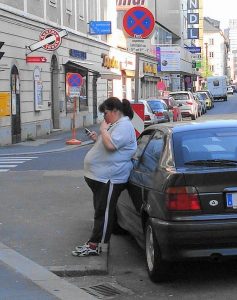 A new study from the University of Manitoba, Canada is shedding some interesting light on various myths regarding future health risks and potential usage of the health care system.

The study is specifically referring to those individuals who are overweight, not obese.

The recent study is part of a 182 page report from the University of Manitoba’s Centre of Health Policy. Researchers followed 35,000 Manitoba adults over 20 years, in order to determine their long-term health implications and resulting usage of the health care system.

Researchers were surprised to discover that people who are considered to be overweight do not experience significantly greater health risks, than those who are of normal or average weight. They did however note that the cut-off for being overweight as opposed to normal weight is actually quite low. In other words, some individuals who believe themselves to be of normal weight may actually be overweight according to the current standards.

Researchers also noted that obese individuals were not using the health care system to excess, and that they were not requiring doctor visits, consuming prescription medications, or going to the hospital much more than normal or overweight people. In fact, obese people were only 15 percent more likely to see their doctor. This new evidence refutes a common myth that obese individuals are “a drain” on the health care system.

Other interesting findings from the study include the fact that people who are sedentary at work (such as sitting at a desk for more than 30 hours per week) have a much higher risk of becoming obese, even if they are living an otherwise healthy and active lifestyle. The researchers have suggested that employers try to provide their employees with the means to increase physical activity during their work day.