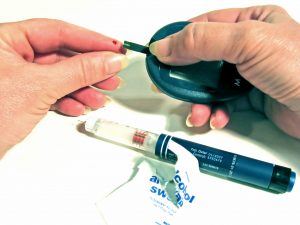 A new government study has determined that as many as half of all the overweight adolescents in the U.S. are at risk to later develop cardiovascular problems because of health problems associated with being heavy such as hypertension, high levels of cholesterol, and poorly controlled blood sugar due to type 2 diabetes. Obese teens are even more likely to experience cardiac problems as they get older.

The study by researchers at the Centers for Disease Control and Prevention (C.D.C.) focused on data collected on 3,383 adolescents between the ages of 12 through 19 who participated in the National Health and Nutrition Examination Survey (N.H.A.N.E.S.). This intensive survey provided health information on the participants through interviews, medical tests, and data regarding an individual’s weight and height.

The study results indicated that 50 percent of overweight teens and 60 percent of obese teens show at least one risk factor for developing future cardiovascular disease. However, the study results suggested that 37 percent of adolescents considered to be within a normal weight range are also at increased risk of experiencing heart problems as they age.

Percentage of adolescents with diagnostic criteria for diabetes rising

In addition to this, the percentage of young persons who fit the diagnostic criteria for diabetes or pre-diabetes went up from 9 percent to 21 percent. The number of adolescents with high blood pressure or the bad type of cholesterol remained steady though, and there was no indication of an increase in levels of obesity among youth surveyed between 1999 and 2008.

Researchers are not sure why the percentage of teens with high blood sugar levels appeared to increase. It is possible that the single blood test administered to the survey participants produced questionable results depending upon the time of day it was performed. More expensive tests might have revealed different results to explain the increased number of diabetic and pre-diabetic individuals.