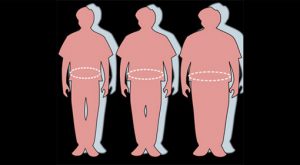 A recent study by researchers at the University of Illinois has determined that men who are overweight or obese are more likely than women to underestimate their actual weight.

The study which involved collaboration between researchers at the University of Illinois and scientists at the Universidad Autonoma de San Luis Potos in Mexico included a survey of more than 3,500 college applicants between the ages of 18 to 20. The college candidates were asked to record their weight as well as indicate how heavy they believed themselves to be. They were also given a physical examination in which their height, weight, and body mass index was noted.

In fact, the heavier college applicants were less likely to report their weight accurately compared to other candidates.

According to the researchers, Mexico has the highest rates of obesity and diabetes in the world. The researchers report that it is much better for young people to be realistic about their weight in order to address excess weight issues and health consequences. It is only possible for people to deal with being overweight or obese if they are aware that a problem exists in the first place.

The researchers also discovered that although very few individuals in the study overestimated their weight, those who did, were more likely to be younger females with less educated parents. It is believed that these applicants may be at greater risk of developing anorexia or bulimia.

Further research is planned, including an exit interview with a number of the study participants when they finish college.