Older Women Regaining Lost Weight As Fat Instead Of Muscle 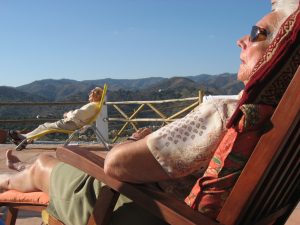 A new study published in the American Journal of Clinical Nutrition has determined that older women who lose weight have a tendency to regain the pounds as fat instead of muscle.

The study which was conducted by researchers at the J.Paul Sticht Center on Aging and Rehabilitation has resulted in some interesting questions regarding the benefits of dieting and weight loss in postmenopausal women. It was noted that the body composition of some of the women was less healthy following their diet/weight gain than before the weight loss.

78 postmenopausal women took part in the study. The women in the study had an average age of 58 years, and had lost approximately 12 percent of their body weight from participating in a dieting program.

The researchers recorded the muscle and fat components of the women’s bodies at the end of their weight loss program, and then again at 6 months, and at 12 months. None of the women participated in any further dieting program following their initial weight loss. All the women taking part in the study were sedentary, and suffered from abdominal obesity.

While there are definite health benefits to losing weight, the researchers caution that it is important for older women to maintain their weight loss rather than losing and regaining weight. They also caution against the negative consequences of weight loss for this age group including loss of muscle mass and decrease in bone density.