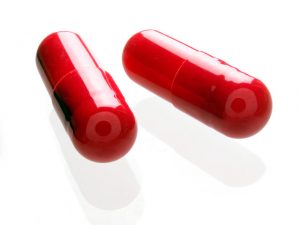 A new imaging study published in the journal Cell Metabolism, has examined the possibility of using hormones to trick the brain into believing that the stomach is full.

Researchers from Imperial College in London, England and the pharmaceutical manufacturer Glaxo-Smith Kline performed the study on volunteers in order to learn more about how appetite curbing hormones affect the brain.

Scientists were already aware that the hormones (peptide YY and glucagon-like peptide1) play a role in affecting satiety. The hormones normally enter a person’s bloodstream following a meal.

Participants in the study were shown food pictures as they underwent functional magnetic resonance imaging. The first time the food images were shown, was following a period of fasting but before consuming a buffet meal. At this time, some volunteers were given one hormone, some were given the other hormone, and some were given both. The second time the participants saw the food images, they were already full after consuming a standard sized meal. Again, they were expecting to eat a buffet meal afterwards in spite of being full. All the volunteers were of normal weight and in good health.

In both instances, the functional magnetic resonance imaging results clearly showed a reduction in brain activity in the areas known to control appetite behaviour. Even though the first set of food images were taken when the participants had fasted, their brain activity patterns appeared as though they had already eaten. The hormones had tricked the participants’ brains into believing that they were full.

The researchers noted that each of the hormones reduced appetite, but the most effective appetite curbing mechanism occurred when the hormones were taken together.

It is hoped that in the future, it may be possible for physicians to prescribe a pill that will copy the effect of the 2 hormones, as a treatment for obesity.