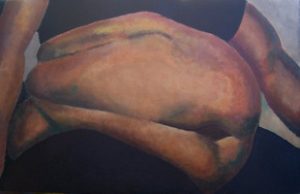 A new report produced through collaboration between the United Health Foundation, the America Public Health Association, and Partnership for Prevention has recognized obesity as one of several chronic conditions that is undermining the health of Americans.

The report which is titled “2011 America’s Health Rankings” notes that the damage from conditions such as obesity (as well as diabetes, other chronic illnesses, and child poverty) have resulted in an overall decrease in health, regardless of improvements in areas such as deaths from cardiovascular illnesses, preventable hospitalizations, and smoking cessation.

The report notes that although the overall health of Americans has improved since the 1990’s by 1.6 percent, and continued to do so from 2000 to 2010 by an average of 0.5 percent; it has remained unchanged during the past year.

In other words, the good and bad trends tended to erase each other out. For example, for every individual who gave up smoking, another person became obese.

Obesity remains an issue for many Americans, and the national adult obesity rate hit 27.5 percent in 2011 which is up 37.5 percent compared to 2001. It was also observed that 2011 marked the first year in which every US state had an obesity rate above 20 percent.

Diabetes is also a chronic health condition which is becoming more prevalent. In 2011, 8.7 percent of US adults received a diagnosis of diabetes; up 42.6 percent from 2001. Type 2 diabetes is closely linked to obesity.

The authors of the report note that diabetes and obesity will continue to place a strain on the nation’s health care resources, unless addressed. It is believed that health care costs for obesity alone, are in excess of $147 billion. The main reason for the increase in obesity remains poor eating habits and a sedentary lifestyle.