Obesity Linked To A Reduced Sensitivity To Fat 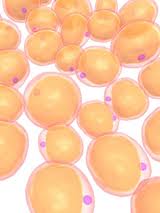 A recent study showed that men have a reduced sensitivity to fat compared to women. Fat also is less effective in obese men in stimulating certain hormones that are released into the bloodstream and normally suppress appetite. This means that men can taste the fat in the foods and drinks they consume and results in them to enjoy a diet high in fat.

A group of obese and thin men were given drinks some of them contained fat and others did not. This study allowed researchers to see if obese men to see if they could taste the fat.

Dr. Feinle-Bisset said “We found that being obese was associated with a reduced ability to detect fat taste, and with reduced release of an appetite-suppressing gut hormone.” The results could help researchers understand more about why some obese individuals are more prone to eating a high-fat diet than lean individuals.”