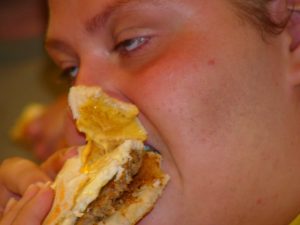 Researchers estimate that by 2030, approximately 42 percent of Americans will be obese causing health care costs to escalate dramatically.

Although a study published earlier this year suggested that the number of U.S. adults suffering from obesity was beginning to plateau, a new study has determined that the prevalence of obesity is still increasing (albeit at a slower pace than before) and that these increases will add up over time. The new health projections indicate that around 32 million people will be added to the number of individuals considered to be obese within 2 decades.

Researchers at Duke University made use of a new statistical model to project rates of obesity. The study involved examining data from different sets of statistical information from the Centers for Disease Control and Prevention (CDC) on hundreds of thousands of Americans who self-reported their height and weight on a survey.

Researchers are also concerned over the high cost of treating complications that may arise from being severely obese. They note that reducing the number of people struggling with obesity can result in huge savings to the health care system as well as lessening the personal cost to the individual.

It is estimated that if the obesity levels in the U.S. returned to the numbers reported in 2010, the savings in health care costs would amount to $549 billion over the next twenty years.