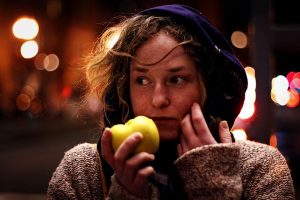 Researchers at the University of California, San Francisco (UCSF), have disputed the current guidelines in place for providing nourishment to adolescents who are hospitalized with anorexia.

The study is the first of its kind to evaluate the process of restoring nutrition to severely malnourished individuals with anorexia. The current guidelines which were established in 2000 suggest that nutrition therapy be introduced gradually in order to avoid refeeding syndrome. It is believed that this condition caused by potentially life threatening shifts in the body’s electrolyte balance, can be prevented by “starting low and going slow”, where patients are fed approximately 1,200 calories per day at first, adding another 200 calories to their diet every other day.

In the study, 35 adolescent female patients were followed after being admitted to hospital with malnutrition. Each one of them was experiencing a number of symptoms related to their anorexia including low blood pressure, low heart rate, low body temperature and/or low body mass index (BMI).

The UCSF researchers noted that by following the renourishment guidelines, the young people with anorexia were not gaining weight, and in fact in some cases, actually continued to lose weight for some time. Although none of the participants in the study developed refeeding syndrome, they did not benefit nutritionally to the same degree as one would expect, from a stay in hospital.

94 percent of the study participants began treatment with diets of less than 1,400 calories per day. Extra calories were subsequently introduced ranging from an additional 800 to 2,200 calories via 6 small meals per day. The patients were closely monitored, and their heart rates and electrolytes were checked.

The researchers noted no adverse effects from providing higher calorie diets to the patients, and are questioning whether the present guidelines are too cautious. The study can be found in the January issue of the Journal of Adolescent Health.