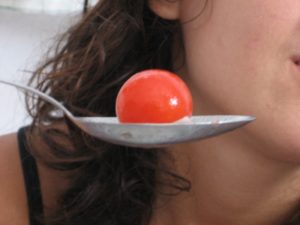 A new brain imaging study that was recently presented at a meeting of cognitive neuroscientists in Chicago has found evidence linking the activation of reward centres in the brain with the eating behaviors of individuals diagnosed with various eating disorders including anorexia and obesity.

A team which included researchers from Harvard Medical School and Brigham and Women’s Hospital performed brain scans on persons diagnosed with anorexia nervosa, simple obesity, Prader-Willi syndrome, as well as healthy subjects. The purpose was to note any changed responses in brain circuitry of the study participants, and to observe any significant differences across the spectrum of disordered eating.

The researchers noted that the reward centre of the brain responds to food in a somewhat similar manner as found in the brain scans of participants in addiction studies who are using drugs or alcohol. However, there was a significant and consistent difference between the scans of individuals with anorexia and those suffering from disorders that cause overeating.

The research has important implications for understanding how brain circuitry affects individuals across the entire spectrum of eating disorders. It appears that certain regions of the brain play an important role in evaluating the perceived reward and pleasure value of consuming certain foods.

There is hope that continued research will lead to increased understanding about the circuitry of the brain, and facilitate the development of more effective interventions to treat eating disorders.