According to the results of a new study, people who undergo gastric bypass surgery often experience mental health conditions such as depression and binge eating disorder. Bariatric surgery is an accepted type of promoting weight loss in people with severe obesity. It could be that mental health conditions are common in patients seeking bariatric surgery, however, the prevalence of these conditions and whether they are associated with post-op outcomes has not been established. 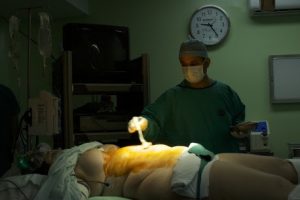 The results of the meta-analysis estimated that 23 percent of people undergoing weight loss surgery reported a current mood disorder, most commonly depression. Approximately 17 percent of individuals were diagnosed with an eating disorder. The research team wrote, “Both estimates are higher than published rates for the general U.S. population, suggesting that special attention should be paid to these conditions among bariatric patients. The other most common mental health condition was anxiety, present in 12 percent of patients.

There was conflicting evidence in regards to the association between preoperative mental illnesses and postoperative weight loss. Neither depression nor binge eating disorder was consistently associated with differences in the outcome of someone’s weight loss. Gastric bypass surgery was, however, consistently associated with postoperative decreases in the prevalence of depression and the severity of someone’s symptoms.

The authors wrote, “Previous reviews have suggested that self-esteem, mental image, cognitive function, temperament, support networks, and socioeconomic stability play major roles in determining outcomes after bariatric surgery. Future studies would benefit from including these characteristics as well as having clear eligibility criteria, standardized instruments, regular measurement intervals, and transparency with respect to time-specific follow-up rates. By addressing these methodological issues, future work can help to identify the optimal strategy for evaluating patients’ mental health prior to bariatric surgery.”

Mental health professionals and bariatric surgeons need to provide a continuum of care for those undergoing gastric bypass surgery. If a person is suffering from obesity and has the symptoms of depression, surgery is not going to make them feel better. It’s important before going through the surgery to receive a complete mental health evaluation and to seek counseling after surgery and medication if necessary.