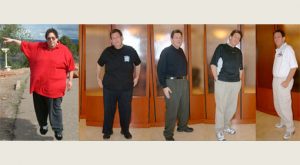 An announcement at the European Congress on Obesity concerning weight loss in older men taking testosterone supplements has raised the question of whether or not this may offer a means to combat obesity.

The announcement concerned a study in which older men who were deficient in the hormone testosterone were given supplements in a similar manner to hormone replacement therapy for post-menopausal women.

115 obese men between the ages of 38 to 83 who were experiencing low levels of testosterone participated in the study. The men received an injection of testosterone every 12 weeks. The study was financed by Bayer Pharma, a company that manufactures testosterone replacement therapy.

The researchers noticed that the men who received testosterone in order to bring their levels back to normal experienced an average weight loss of approximately 16 kg over a period of 5 years. While the testosterone supplements were provided in order to treat a number of other associated symptoms such as erectile dysfunction and fatigue, the researchers realized that it also appeared to result in the men losing excess weight.

Some experts remain sceptical regarding the impact of the testosterone injections on the men’s weight, suggesting that other factors may have contributed to the apparent weight loss. While there are plenty of other studies linking abdominal obesity to reduced testosterone levels and muscle mass in men, it is possible that the men in the study lost weight due to changes in behavior such as adopting a more active lifestyle.

Although there was no reported increase in prostate cancer risk and heart disease among the men in the study, this does remain a concern for men receiving testosterone supplements. Further research involving controlled trials is now required in order to substantiate the results of this study.

In the meantime, experts emphasize that the safest way for obese men to lose weight involves reducing their food consumption. Losing weight is one of the most effective methods for men to naturally elevate their testosterone which may in turn, help an individual to drop more pounds.