Link Between Eating Dinner After 8pm And Overweight Childhood Disproven 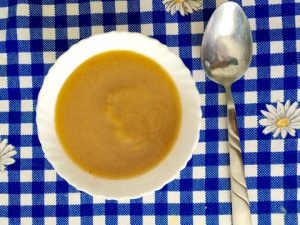 There is no connection between consuming an evening meal after 8pm and weight gain in children, according to a new study published in the British Journal of Nutrition.

The results of the study contradict previous evidence that the timing of food consumption can influence the body’s internal clock and circadian rhythms, which is believed to negatively impact the metabolic processes that can increase the risk of being overweight.

However, because the timing of food consumption has not been thoroughly examined in children, researchers set out to discover if kids are at a greater risk of being overweight when they have dinner between 8 p.m. and 10 p.m., compared with those that ate between 2 p.m. and 8 p.m.

After looking at the eating habits of 1,620 children, researchers discovered remarkable results that contradicted previous studies.

“The findings of our study are surprising,” said Dr. Gerda Pot, lead author of the study. “We expected to find an association between eating later and being more likely to be overweight but actually found that this was not the case. This may be due to the limited number of children consuming their evening meal after 8 p.m. in this cohort.”

Although researchers were surprised at the results, they admitted more studies need to be done to understand how other factors like sleep and calories consumed during breakfast contribute to weight gain and the timing of dinner.

“Alongside changes in dietary quality and levels of physical activity, meal timing is one of many possible factors that has been suggested as influencing the trends in weight gain seen in children in the UK,” said Pot. “However, the significance of its role is under-researched.”