How Your Diet Affects Your Brain And Contributes To Eating Problems 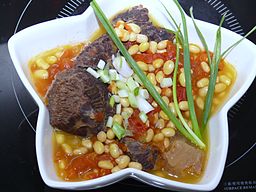 The psychology of eating disorders says that disordered eating starts in the mind.

But researchers have only taken that theory so far. True, eating disorders are often linked to underlying psychological problems, but new research suggests they are also linked to brain chemistry.

Findings presented at Neuroscience 2012, the annual conference for the Society of Neuroscience, revealed evidence that the brain’s functions can significantly contribute to certain health challenges, such as obesity and eating disorders. Press conference moderator Paul Kenny, PhD, of The Scripps Research Institute in Florida, explains:

“The brain is an often overlooked yet significant organ in an array of dietary disorders,” said Kenny, an expert on addiction and obesity. “Many of these findings have the potential to lead to new interventions that can help reduce the ranks of the obese, helping those who struggle daily with dietary decisions reassert control over what they eat.”

While the results of numerous studies were discussed, significant topics included:

The studies were funded by the National Institutes of Health and other private organizations.