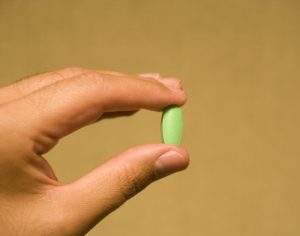 American scientists at Harvard University have developed a pill which can copy the positive benefits of exercise in mice.

The researchers noted that after just 10 days, obese and sedentary mice were showing improvements in their ability to regulate blood sugar levels and in some instances had actually lost weight. It is hypothesized that long-term treatment would result in continued weight loss as well as preventing obesity related illnesses and disease.

The researchers were able to isolate a muscle cell hormone that activates many of the physical benefits seen during exercise and weight loss. The hormone named “irisin” works by transforming deposits of fatty tissue and converting them into brown fat that works to burn off more calories. This process usually takes place during exercise.

There is a difference of opinion as to how long it might take before the hormone is tested and approved for use with humans. Some scientists, including the researchers from Harvard University are hopeful that clinical testing on the use of the hormone in humans could take place within 2 years. However, other scientists note that testing the hormone for use by humans may require many years of research. They point out that the findings, while significant involve just one metabolic pathway at this time.

It is hoped that further research involving the muscle hormone could uncover benefits for the treatment of other metabolic conditions, including certain neurodegenerative illnesses. At this point in time, researchers believe that their discoveries have opened up just a small glimpse into the potential for future human treatments.

At the same time, researchers suggest that it is still important for people to continue to exercise as much as possible in order to manage their weight, and maintain good health.