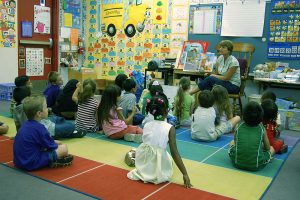 A recent government study has determined that childhood obesity rates are falling in New York City. According to statistics, there are now approximately 6,500 fewer obese children in the public school system in New York City.

The study by the Centre for Disease Control (CDC) is published in the December 15th edition of the CDC Morbidity and Mortality Weekly Report. Researchers examined data regarding the body mass index (BMI) of children from kindergarten through grade 8. The information was collected by physical education teachers in public schools and made available to the NYC Department of Health.

New York City schools have been working to fight obesity in children over the past few years. Changes that were implemented from 2003 to 2009 have included improved nutrition, increased physical activity, and community education.

For example, cafeteria food choices were amended in favor of healthier fare such as offering 1 percent and skim milk instead of whole milk. Nurses in the public schools were also provided with training in order to identify children with weight issues, and to provide assistance and education to promote a healthier lifestyle.

However, the CDC study was not able to prove that the decline in obesity was directly attributable to the interventions that have been put into practice in the public school system.

It is hoped that the benefits noted in New York City schools may be transferable to other US centres.