Government Should Regulate Sugar Due To “Toxic” Health Risk 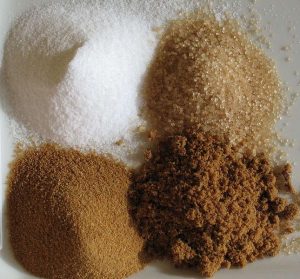 A new commentary published online in the February issue of Nature, has suggested that the US government should consider regulating sugar in much the same manner as it currently controls alcohol and tobacco.

In September of last year, an announcement by the United Nations determined that chronic diseases such as heart disease, cancer, and type 2 diabetes resulted in 35 million premature deaths worldwide. Tobacco, alcohol, and diet were listed as the 3 big risk factors that contribute to this situation.

Since tobacco and alcohol consumption are already regulated by the government, the authors of the commentary argue that sugar is just as “toxic” as the other substances regarding its impact on people’s health and should therefore be controlled.

The authors note that sugar consumption has tripled worldwide over the past 50 years and 30 percent more people are now obese than malnourished. They view sugar as an especially harmful and widespread component to our diets.

Although many people link obesity with heart disease, cancer, and type 2 diabetes, research indicates that it is metabolic disruption that increases the risk of these illnesses, and that obesity is just a “marker” to indicate that the problem exists. 40 percent of people with diseases such as diabetes, high blood pressure, high cholesterol, liver, or heart problems are in fact of normal weight.

Of most concern to the authors, is the fact that sugar acts on the same brain areas as alcohol and tobacco to encourage people to consume more. They point out that the addictive qualities of sugar make it extremely difficult for many people to control their intake.

The authors suggest a government intervention such as taxes or age restrictions which could be used to regulate sugar in a similar manner to alcohol and tobacco. It is believed that sugar comprises approximately 25 percent of the daily caloric intake of many Americans.