Eating Disorders On The Rise 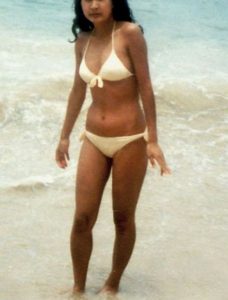 According to medical director of the Klarman Eating Disorders Center, Esther Dechant, M.D. and CEO of the Multi-Service Eating Disorders Association, Beth Mayer, eating disorders are on the rise.

These two women in the Massachusetts area of the U.S. are experts in the field of eating disorders and in a recent report appearing in the Milford Daily News, they state there is an increase of males suffering from the diseases.

“As many as 10 million females and 1 million males in the U.S. are affected by eating disorders, including anorexia nervosa, bulimia nervosa and binge eating disorder,” says the report. “The vast majority of patients with anorexia and bulimia some 85-95 percent are women. Binge eating disorder affects about 2 percent of all adults up to 4 million Americans, affecting slightly more women than men. Recent studies have discovered an increasing incidence of these disorders among males.”

The report points to several societal and physiological causes for anorexia and bulimia. While family who criticize a child’s appearance can make a major impact on self esteem and put the child at risk for an eating disorder, science is also starting to point to genetic causes as well.