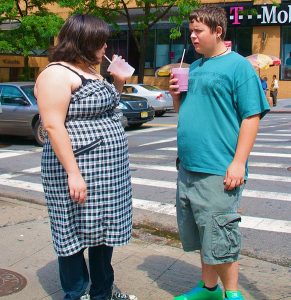 Although the signs and symptoms of heart disease are generally associated with middle age, Dutch researchers have discovered that many severely obese children between the ages of 2 and 12 are already showing indications of having serious cardiovascular risk factors.

These findings were presented in the Archives of Disease in Childhood by researchers at the VU University Medical Centre in Amsterdam. They examined data on 307 obese children that had been compiled by the Dutch Pediatric Surveillance Unit between 2005 and 2007.

The researchers were looking for warning signs to indicate the potential for heart disease in obese children. They noted that as many as 62 percent of the children studied already possessed one or more cardiovascular risk factors such as high blood pressure, high blood sugar, or low amounts of “good” cholesterol. These symptoms may lead to cardiovascular disease and type 2 diabetes in early adulthood.

The study highlights the importance of avoiding excess weight in young children by encouraging a healthy diet, and exercise. With more people suffering from obesity at a younger age than ever before, preventing obesity in children is viewed as critical in order to avoid many of the risk factors that are associated with carrying the extra pounds.

By recognizing that severely obese children are jeopardizing their immediate and future health at a much younger age than previously identified, the researchers hope that the serious complications associated with obesity can be prevented before eating habits and lifestyle choices become entrenched.

With one in three primary school aged children in the U.K. believed to be overweight, and many parents struggling to identify exactly what is an appropriate weight for their children, it is apparent that a major shift in public perception is required in order to avoid serious weight-related health problems as this generation grows up.