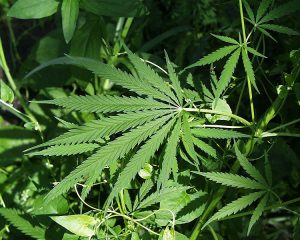 New research suggests there may be a cause and effect relationship between eating disorders and certain brain receptor dysfunction. The receptor affected, named the cannabinoid receptor or CB1, is the same receptor that responds to the active ingredient in marijuana.
Cannabis is known to stimulate the users’ appetite.

Researchers found dysfunction of the cannabinoid receptors in the brain are linked with eating disorders such as anorexia and bulimia, and body image distortions. High levels of bound CB1R are found in a protion of the brain called the “insula.” Lead researcher, Dr. Koen Van Laere, says this portion of the brain, “is a region that integrates body perception, gustatory information, reward and emotion, functions known to be disturbed in these patients.”

Scientist published these findings in a recent issue of the journalBiological Psychiatry. The editor of the journal, Dr. John Krystal, said, “The role of endocannabinoids in appetite control is clearly important. These new data point to important connections between this system and eating disorders.” The hope is that new treatment options will be developed from this initial research.