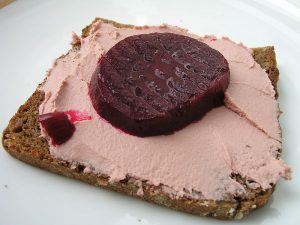 Denmark has instituted a tax on high fat food items in order to encourage healthier eating. The tax which came into effect on October 1st, 2011 is added to the price of products containing more than 2.3 percent of saturated fat. High fat foods are to be taxed at a rate of $2.86 per kilogram of saturated fat that is used in producing the item. This will raise the price of common foods such as butter, milk, and cooking oil, as well as certain pre-cooked food items.

With an estimated life expectancy of 77 years, Danish people have a considerably lower life expectancy than other Scandinavian nations such as Sweden, Finland, or Norway. Government officials hope that these taxation measures will change the eating habits of Danes, raising their life expectancy by an average of 3 years over the next decade.

Officials hope to study the impact of the tax on the eating habits of the Danish people, and will also assess the feasibility of the tax itself.

Although Denmark has a lower life expectancy, fewer Danes are obese than in other European nations. Other countries such as the UK are watching Denmark closely in order to determine whether the saturated fat tax would be a good solution for their population.

Consumption of food high in saturated fat is known to increase the risk of cardiovascular diseases and certain cancers.