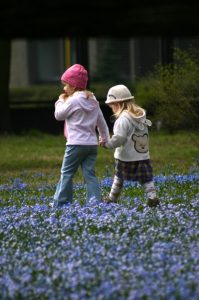 A proposal by researchers from the National Institutes of Health would see the criteria broadened for an acute sudden onset Obsessive Compulsive Disorder (OCD) that occurs in childhood. The syndrome which is known as Pediatric Acute-Onset Neuropsychiatric Syndrome (PANS) does not appear to have any known cause at this time.

The expanded standard for PANS broadens the criteria required for a diagnosis of Pediatric Autoimmune Neuropsychiatric Disorder Associated with Streptococcus (PANDAS). Children with PANDAS represent a small number of cases in which an autoimmune disorder is triggered by a strep infection. The incidence of PANDAS occurs twice as frequently in boys than in girls. Affected children experience psychiatric symptoms including OCD which usually arise before 8 years of age.

Children exhibiting symptoms of PANS experience overwhelming fears, compulsive following of rituals, and obsessive thought which are extreme in nature.

Clinicians are being urged to suspect PANS when children or adolescents exhibit an acute, unexplainable, and dramatic onset of the above symptoms including eating restrictions without the obvious link to a strep infection.

The new definition of PANS is the result of a PANDAS workshop which took place back in July 2010. During the workshop, all cases of sudden onset OCD were examined regardless of the potential cause. The working criteria for PANS can be found in the February 2012 issue of the journal Pediatrics & Therapeutics.

It is hoped that the broadened criteria will result in those affected children having easier access to appropriate care. Experts have agreed to the need for a centralized registry that will eventually help them to identify the specific cause behind PANS. In the meantime, physicians are being urged to evaluate and treat each case on an individual basis.