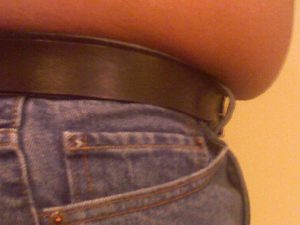 Researchers in Sweden have completed a controversial new study which links low intelligence to being overweight or obese. The study results were presented at a recent meeting of the American Heart Association.

The researchers compared the waist-hip ratios of over 5,000 men at 40 years of age to their scores on IQ tests which that were administered when the men were approximately 18 years old. They discovered that those men who were the most overweight or obese had in fact, the lowest IQ scores.

Now researchers are trying to explain the reasons behind the low intelligence/obesity connection. Some potential explanations include the possibility that less intelligent people do not make the healthiest food choices, or that they are less likely to become involved in exercise problems.

Other suggestions have included the possibility that the men with limited intelligence were less able to take advantage of information regarding healthy eating in order to reap the benefits of healthy, balanced, and nutritious food choices. There could be an environmental link as well, with researchers proposing that the parents of individuals with low IQ may also be challenged in their ability to adopt healthy eating habits resulting in less healthy food and lifestyle choices being modelled to their children.

The researchers conclude that the controversial study might be beneficial in determining the means by which healthy eating and obesity prevention messages are presented to the public. They have suggested using the limited resources available to reach a wider spectrum of the population, ensuring that those with limited intelligence are not missed.

Others have determined that the study raises more questions than it answers, recommending further research in order to gain more information.