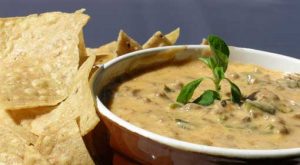 A new study by researchers at the University of Montreal has found a link between fatty “comfort” foods and depression.

Recent studies have suggested a connection between obesity and an increased risk of developing depression. However, researchers have been unsure exactly what biochemical process is involved. The Montreal researchers wanted to test whether or not a highly palatable high-fat diet in mice would affect the brain’s motivation and reward circuits, producing a chemical reaction in the brain similar to that of “coming down” off drugs and leading to depressive type symptoms.

The study which is published in the International Journal of Obesity involved the use of mice that are predisposed to obesity. The mice were divided into two groups; one group was fed a diet high in saturated fats, and the other group received a diet of low-fat chow. After a period of 12 weeks, both groups of mice were given a series of behavioral tests in order to determine how they would respond to new and stressful environments, and situations that promote anxiety.

The researchers noted that the mice that had been offered the high-fat diet were less active and exhibited more signs of stress than the mice that ate the low-fat chow. These rats had a tendency to “give up” more easily when presented with difficult and stressful situations, and they possessed higher levels of the stress hormone corticosterone.

While there is some concern as to whether amount of weight gained by the rats that ate the high-fat diet contributed to making some of the performance tests more difficult to endure, the researchers still believe that the test results are significant regarding the impact of a high-fat diet on the brain’s motivation and reward circuits.

Always remember that a correlation is not causation

Although it is too early to connect eating a high-fat diet with causing depression, the researchers do believe that there is a strong association between the consumption of a diet high in saturated fat, and increased vulnerability to obesity and depression. More research is required in order to substantiate the results and to further understand the process involved in human brain circuitry.