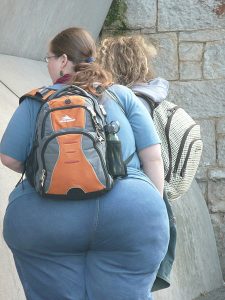 A new study by researchers at the University of Colorado School of Medicine has determined that the reward circuits in the brains of anorexic women are sensitized, whereas the reward circuits in the brains of overweight or obese women are desensitized. This may result in different eating behavior patterns related to motivation and reward, as individuals react according to the sensitivity of the dopamine pathways involved in this brain circuitry.

Magnetic Resonance Imaging (MRI) was used to examine the brain activity of 63 women who were either anorexic or obese. The results were then compared to women considered to be of average or normal weight. During the experiment, the participants were shown certain shapes which they were conditioned to associate with either a sweet or a non-sweet solution. The women would then be given the taste solutions (sweet or non-sweet) either expectedly or unexpectedly; a process that has been linked to dopamine function in the brain associated with motivation and reward.

The researchers discovered that a sweet tasting solution delivered by surprise during the MRI session, resulted in increased neural activity in the brains of the anorexic participants, indicating greater activation of their more sensitive brain reward circuitry. However, overweight and obese individuals experienced diminished activation of the same brain reward circuitry.

While the exact process involved in humans remains unclear, the researchers are able to announce that it is obvious that the reward and motivation system of the brain plays a role in helping us to regulate our food intake. Further research is required in order to understand the specific processes involved in eating disorders such as anorexia nervosa and obesity.

This particular study is published in the journal Neuropsychopharmacology.