BMI Test May Be Underestimating Obesity Among Americans 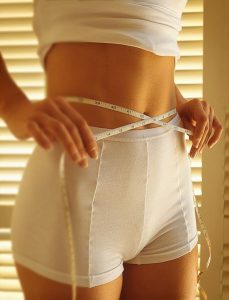 A new study has found evidence that the test most commonly used to determine obesity in the US, may be underestimating the number of Americans believed to be suffering from obesity.

A study recently published in PLoS One questions the validity of using body mass index (BMI) to measure whether or not a person is underweight, of average weight, overweight, or obese. A person’s BMI is established by dividing a person’s weight by the square of his or her height. Individuals with a BMI or 25 to 29 are considered to be overweight, and anyone with a BMI of 30 or more is usually categorized as obese.

In the study, researchers examined data from more than 9,000 patients’ charts from a private medical facility in New York City. The average age of the patients was 51 years, and 63 percent of them were women.

The researchers used 2 different tests in order to measure obesity. One was the standard BMI test, and the other involved a machine that utilizes x-rays in order to measure muscle, bone mass, and body fat. This is known as a dual-energy x-ray absorptiometry test (DXA).

The researchers discovered that some individuals who have a BMI within the normal range were actually at risk of health complications due to a high percentage of body fat. 26 percent of the medical clinic patients were determined to be obese using the BMI test. That number increased dramatically to 64 percent when using the DXA test. It was determined that compared to the DXA analysis, the BMI test is twice as likely to provide misleading results.

Doctors do not use DXA machines to determine obesity due to their prohibitive cost. However, the researchers of this study note that increased accuracy can be obtained with combining the BMI test with a blood test to measure levels of the appetite regulating hormone leptin.