Anorexia May Be Linked To Strep Infection 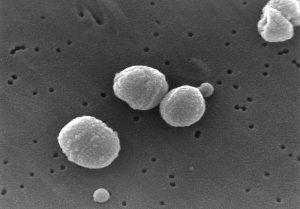 A recent report in the Los Angeles Times highlights a case where a child who was infected with Strep subsequently suffered obsessive compulsive disorder. It was thought to be caused by an immune dysfunction that can trigger a variety of mental illnesses, including anorexia.

PANDAS, the name given to this disorder, is thought to be caused when the body creates antibodies as a result if infection, most commonly strep. But instead of the antibodies only attacking the invading cells, they also attack brain cells as well. The link to other illnesses, such as autism, schizophrenia and anorexia, are being explored.

M. Karen Newell Rogers, an immunologist at Texas A&M Health Science Center College of Medicine in Temple, Texas, studies this type of illness. She says, “Some people get sick with whatever infection, and they recover and they’re fine. Other people get sick and recover, but they are not the same.”