Why ‘Healthy’ Eating Doesn’t Work For Everyone 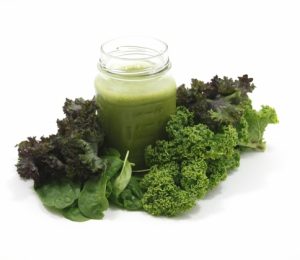 If you’ve ever had the experience of going on the same diet as your best friend but getting drastically different results, you’re not alone.

A new Israeli study suggests that “healthy” foods may actually differ from one person to the next, which would explain why standard dieting doesn’t always deliver the outcomes we’re looking for – like weight loss, more energy or better blood sugar control.

The researchers tracked 800 people over the course of a week, monitoring their blood sugar levels and how meals were metabolized from person to person.

The findings showed that the GI – or glycemic index – of a food (which is the scale used to rank how foods impact blood sugar) isn’t actually a set value, but that it varies from person to person.

“Most dietary recommendations that one can think of are based on one of these grading systems; however, what people didn’t highlight, or maybe they didn’t fully appreciate, is that there are profound differences between individuals – in some cases, individuals have opposite response to one another, and this is really a big hole in the literature,” said Eran Segal, from the Weizmann Institute of Science in Israel.

A need for personalized nutrition

The study found that obvious factors like BMI and age were associated with how blood sugar fluctuated after meals. But individuals also showed drastically different responses to the same foods, the researchers reported, even if their own personal responses were consistent from day to day.

The authors related the story of one middle-aged woman who had suffered with obesity and pre-diabetes. She had tried a vast range of diets with little success, until the researchers discovered that her blood sugar levels spiked dramatically after eating tomatoes.

“For this person, an individualized tailored diet would not have included tomatoes but may have included other ingredients that many of us would not consider healthy, but are in fact healthy for her,” said co-author Eran Elinav. “Before this study was conducted, there is no way that anyone could have provided her with such personalized recommendations, which may substantially impact the progression of her pre-diabetes.”

The differences seen in the study participants may have to do with the gut’s microbiome, the researchers said. After using personalized dietary interventions for each participant, they were able to reduce the subjects’ blood sugar levels after meals and change the makeup of their gut bacteria.

“It’s common knowledge among dieticians and doctors that their patients respond very differently to assigned diets,”Segal added. “We can see in the data that the same general recommendations are not always helping people, and my biggest hope is that we can move this boat and steer it in a different direction.”