When Talking About Weight, Mothers Should Be Cautious With Daughters 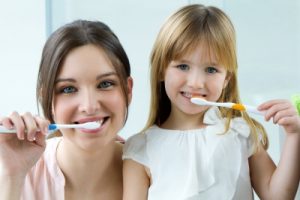 How can a worried mother broach the subject of weight gain or nutrition with her daughter?

According to a new study from the University of Notre Dame, moms should be very careful how they discuss such things.

The findings, recently published in Body Image, reveal that direct maternal encouragement to lose weight is linked to the development of bulimic symptoms, body dissatisfaction and other eating disorders.

The study included 89 adolescent girls who were in the 6th grade. Using regression analyses, researchers determined how dieting and body image discussions drove negative behaviors in the girls.

Moms who merely talking about dieting or body image issues are more likely to have daughters with an eating disorder, the study found.

“The best outcomes were found for daughters whose mothers were not engaging in either type of conversation,” Hillard said. “They do shed light on the complexity of the issue of talking to children about their weight in ways that don’t lead to poor health outcomes in the long run.”