Want Others To Get Healthy? Questions Work Better Than Demands 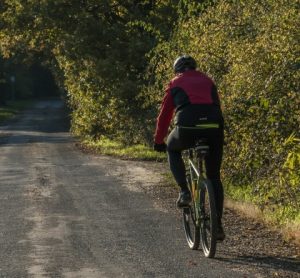 With New Year’s resolutions fresh on our minds, there’s never a better time to support one another’s health-oriented goals.

If you’re trying to encourage a loved one to get healthy, however, asking questions rather than making demands will be the most productive approach, according to a new study.

The “question-behavior effect” involves asking questions like, “Will you exercise?” or “Will you spend less time at the office?” instead of making demands like, “You need to exercise more,” or, “You need to spend more time with the family.”

“We found the effect is strongest when questions are used to encourage behavior with personal and socially accepted norms, such as eating healthy foods or volunteering,” said Eric Spangenberg, first author of the study and dean of the Paul Merage School of Business at the University of California, Irvine.

The authors analyzed 100 other studies on the question-behavior effect, finding that there are specific reasons why this approach may positively influence behavior. One explanation may be that posing a question reminds people that “good” behaviors are beneficial to their own self-interests.

“We’re seeing the effect last well beyond six months, where you ask someone a question one time and months later, it is still influencing their behavior – even a one-time exposure to the question, the vast majority of literature shows,” co-author Ioannis Kareklas told CBS News.

Question-asking may also make you seem more accessible and approachable when it comes to sensitive topics like weight loss, Kareklas said.

The research showed the technique might also help with changing negative attitudes, reducing sterotypes and other wellness-oriented areas.