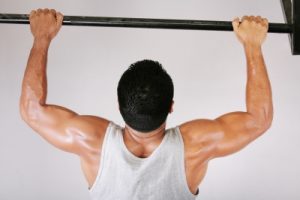 The tactics that cage fighters use to lose weight before a fight are alarming and dangerous, according to a new survey published in the British Journal of Sports Medicine.

Results showed that almost one in five of the fighters used sweat-inducing products or supplements, and that more than one in three took prescription or over-the-counter diuretics. Two thirds reported engaging in a practice called “water loading,” where fighters cut back on salt and drastically increase their water intake over the course of a few days, resulting is excessive urination.

In the UK, there is no regulatory body for cage fighters, which may put them at risk for injuries or traumas that are due to unsafe dieting practices.

In 2013, a cage fighter from Brazil died after attempting extreme weight loss – 20 percent of his body weight – in 7 days.

The survey also showed that all 30 fighters fasted or ate a low-carb diet in the days leading up to a weigh-in.

Most of the dietary advice cage fighters follow comes from their coaches, the survey found.