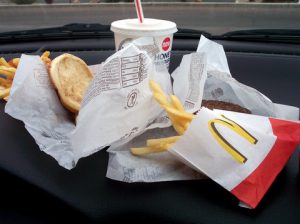 Scientists kept tabs on more than 1.6 million Swedish males from childhood and beyond for over 35 years. Interestingly, the heightened risk of heart issues was noted in teens who were actually within the standard body weight range (BMI) of 18.5 to 25.

However, males with a BMI of 20 showed an increased risk of heart failure later in life, and the risk rose almost ten-fold for overweight men with a BMI of 35 and over.

“Although most studies define a normal weight as having a BMI between 18.5 and 25, this is probably not an appropriate definition in the young, most of whom are naturally thin,” said Professor Annika Rosengren, lead author of the study. “This may be why we see an increase in the risk of heart failure starting at a fairly low BMI level. However, it was surprising to see the very steep increase in risk with increasing body weight above a BMI of 20.”

Researchers are concerned that the increasing trend for overweight or obese teenagers could lead to major heart failure issues globally. Participants in the study who were classified as overweight during adolescence and experienced heart issues during adulthood held an average age of just 47-years old.

“This serves to underline the urgent need for action worldwide to curb the obesity epidemic,” said Rosengren. “Action needs to be taken by governments as well as by individuals, for instance by creating an environment that does not promote overweight and obesity, and that encourages people not to be sedentary and not to eat more than they need.”

Researchers believe that tackling obesity during the teenage years can be more effective than dieting and attempting to get into shape later in life. They also claim that although young individuals typically at are a low risk of heart and blood vessel issues, the findings in the study point to the importance of maintaining a healthy body weight at an early age as a preventive measure.