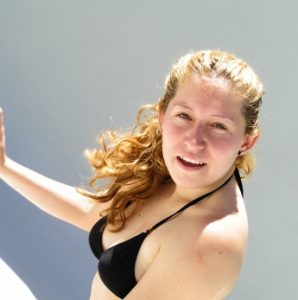 A study at the University of Granada confirms something many women hate to hear: men like models.

But only if they look normal, that is.

And while that may be encouraging for women, the study also found that men saw overweight women as being more unpleasant than females did.

Sound obvious? Maybe. But the study sheds light on an interesting concept, which is the idea of what’s considered “normal” weight.

A model for perfection

The study found that the bodies both men and women preferred were those of “models with a normal weight,” which begs the obvious question: What do men see as normal compared to what women see as normal?

The study didn’t answer that question, but it did find that, for both genders, viewing these types of bodies also “made them feel a lack of control.”

“These bodies are considered difficult to attain or even unattainable,” said Blanca Ortega-Roldán Oliva, one of the study’s authors.

The study also revealed that women feel unsatisfied with their bodies when viewing these models of “normal” weight, citing feelings ranging from “unpleasant” to “upset” at not being able to meet these standards with their own bodies.

The research showed that what men and women both perceive as attractive doesn’t necessarily jive with what the media portrays as ideal.

And, since men seem to stigmatize overweight females more than women, the study authors say that programs aimed at preventing body dissatisfaction should be implemented to help minimize pressure on women.