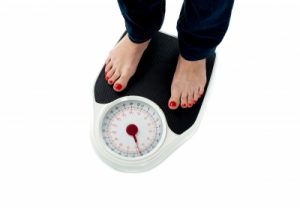 Stepping on the scale each day may seem like a normal part of healthy weight control, but a new study suggests that this behavior could be hazardous for adolescents.

Researchers from the University of Minnesota found that increases in self-weighing was linked to more concerns about weight, depression and decreased body satisfaction in young women.

According to Pacanowski, females who reported high levels of self-weighing also engaged in “dangerous” weight-control behaviors at a rate of 80 percent.

Not an ‘innocuous’ behavior

While weight concerns are ingrained in a modern culture that is fixated on perfect body ideals, daily behaviors – like self-weighing – may be able to predict more serious problems down the road for adolesecents, the authors stated.

In addition to body dissatisfaction and depression, self-weighing was also linked to lower self-esteem in the adolescents surveyed.

“Clinicians should ask adolescent patients about self-weighing at office visits to determine any benefits or negative outcomes,” Pacanowski said. “Noting changes in this behavior over time can be helpful for investigating other, more concerning changes in well-being among young adults.”