Research Confirms Your Friends Do Influence Your Food Choices 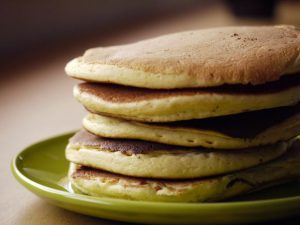 If your cronies tend to opt for high-calorie, unhealthy foods, you probably will too.

That’s the conclusion from a recent study published in the Journal of the Academy of Nutrition and Dietetics.

“The evidence reviewed here is consistent with the idea that eating behaviors can be transmitted socially,” Eric Robinson, lead investigator of the study, said in a press release.

A nod toward public health policies

The researchers analyzed 15 studies published in 11 different journals, examining how food choices are affected by “eating norms.” They also investigated how people link these norms to their sense of social identity.

Results revealed that people were more likely to make the same food choices as the people around them – whether these behaviors were healthy or not. Not only that, but people will make these decisions even if they’re only told that others are eating a certain way, the review found.

“It appears that in some contexts, conforming to informational eating norms may be a way of reinforcing identity to a social group,” Robinson said.

The authors suggested that pubic health policies need to focus more on healthy eating, given that the findings suggest broad-scale messaging shapes the overall culture and “normality” of food consumption.

Staying with the pack

In general, the study reveals that humans have a pack mentality around eating. They want to “fit in” with how others are consuming food, even if they’re eating alone – which suggests that our friends and family members can indeed influence what, when and how much we eat.

“Norms influence behavior by altering the extent to which an individual perceives the behavior in question to be beneficial to them,” Robinson said. “Human behavior can be guided by a perceived group norm, even when people have little or no motivation to please other people.”