Plastic Chemicals Could Increase Fat Stores Even Before Birth 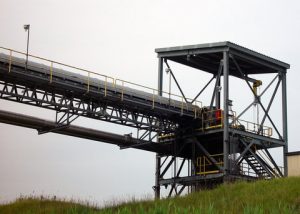 Animal stem cells were exposed to BBP during the study to identify any changes when compared to the control group. Cell lines exposed to BBP showed increased levels of adipogenesis – the process of fat cell development – by as much as five times.

Researchers claim that an increase in BBP-related fat stores before birth could lead to excessive weight gain not only in developing fetuses, but also in adults.

“We were quite surprised by the results,” said Mahua Choudhury, Ph.D., lead author of the study. “We had thought we would see some increase, but nothing this dramatic.”

BBP is part of the chemical family tree called phthalates, which are often utilized to make soft plastic items like vinyl flooring and carpets. While BBP is not used during the food manufacturing process, it’s readily available in preparation items like conveyor belts and plastic fittings on machines. Contamination can occur when the chemical spreads from these plastic manufacturing items to food products.

With over one-third of Americans suffering from obesity, and health care costs hovering over $190 billion annually to fight it, researchers hope this discovery will shed new light on combating the disease.

“Phthalates have recently been associated with obesity, but this was the first time we were able to show the mechanism by which BBP may cause fat accumulation and program the stem cell to become obese via an epigenetic balance,” said Choudhury.