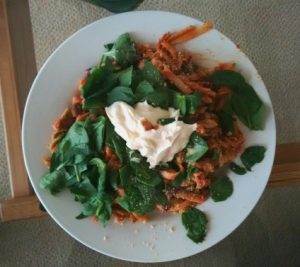 In a study that reveals the extent to which weight prejudice can influence who people trust, Cornell researchers found that readers are less likely to believe health information that comes from bloggers who are overweight.

People are more likely to trust information coming from thin bloggers – even if the information is exactly the same.

More than half of smartphone owners use their devices to seek out health-related information on the Internet, the study authors report.

“When we search for health information online, there are a lot of related cues that can bias our perceptions in ways that we may not be consciously aware of,” said Jonathon Schuldt, lead author of the study and assistant professor of communication.

Participants who viewed the meals with the overweight blogger’s photos perceived those meals to be less healthy than the same meals presented by the thin blogger.

“People appear to assume that if a heavier person is recommending food, it is probably richer and less healthy,” Schuldt said.

Even more concerning was that when researchers then posted nutritional information along with each photo – which was the same for both groups – participants’ weight biases still remained.

“Awareness of these biases could help us better navigate health information online [and] avoid being swayed by nutritional information simply because it is posted by someone who is thin rather than heavy,” Schuldt concluded.

The study is published in the journal Health Communication.