Overeating Could Lead To Even More Eating 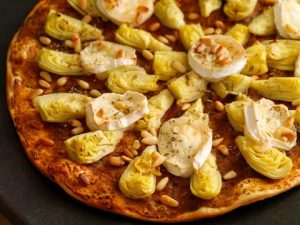 Eating too much food reduces the hormone levels that signal feelings of fullness in the brain, thereby leading to more eating, according to a new study conducted by Thomas Jefferson University researchers.

The new study hopes to shed light on one of the reasons people put on extra weight. According to researchers, when the gut identifies an excess in calories, the pathway that stimulates feelings of fullness become hindered. With the pathway blocked, a person can be prone to eating even more.

Overfed mice in the study stopped producing uroguanylin in their small intestines. Although uroguanylin receptors were intact in the brain, the hormone was no longer being made. Researchers believe this shows that overeating causes the hormone to shut down.

“What’s interesting is that it didn’t matter whether the mice were lean and overfed, or obese and overfed,” said Dr. Scott Waldman, Ph.D., lead researcher of the study. “Urogaunylin production stopped in both groups of animals when they got too many calories. It’s not the obese state that’s causing the problem but rather it’s the calories.”

Researchers claim that the study shows that too many calories – be it from carbohydrates or fats – places excess stress on small intestinal cells, which stops the production of uroguanylin and makes it difficult for people to realize when they are full. However, scientists are still looking into exactly how much food intake is too much and the molecular sensor that makes this decision.

“There are many steps on the way to becoming obese that aren’t easily reversed,” said Dr. Waldman. “While the uroguanylin hormone pathway appears to be one of those steps, we don’t yet know whether it’s important early on in the process, or later, and how much of a role in plays. But in combination with other approaches, hormone replacement of uroguanylin may become an important component of therapy to reverse obesity.”