Obese Teens With Eating Disorders Fall Under The Radar 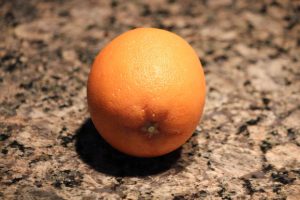 When obese teens begin to lose weight, their risk for developing an eating disorder is high, according to a new study from the Mayo Clinic in Minnesota.

What’s more troubling, researchers say, is that getting these kids treatment is often delayed because of their weight history.

Leslie Sim, clinical director of the eating disorders program at the Mayo Clinic, reports that indications of an eating disorder in an obese teen could go untreated for as long as two years.

“For some reason we are just not thinking that these kids are at risk,” Sim said. “We say, ‘Oh boy, you need to lose weight, and that’s hard for you because you’re obese.'”

In her research, Sim found that disordered eating habits in these teens usually start to develop around their diets. Many of these teens engage in severe calorie restriction or resort to using laxatives or pills to help with weight loss.

Sim said that about 35 percent of kids who are treated for eating disorders at the Mayo Clinic have been overweight or obese, which may reflect national statistics.

Given that eating disorders have the highest mortality rate of any mental health disorder, catching them early is key. But for obese teens, providers aren’t intervening fast enough. According to Sims, doctors should look out for the number one risk factor for developing an eating disorder: dieting.

“I’ve never seen an eating disorder that didn’t begin with a conscientious effort to diet,” she concluded.

Sims’ research is published in the journal Pediatrics.