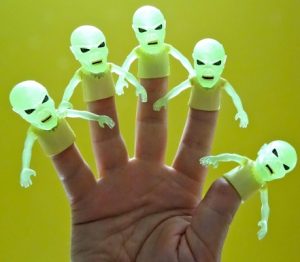 Similar to the concept behind the McDonald’s happy meal, non-food rewards or toys motivate both kids and adults to chose smaller portions, according to a new study.

Researchers from Cornell Food & Brand Lab used functional magnetic resonance imaging to see how the brain responds to rewards. They discovered that incentives – small toys, a gift card, or a lottery ticket – trigger the same responses in the brain that a tasty meal or snack would. And the majority of kids and adults will choose a half-sized portion of food when it’s paired with this type of prize.

Sacrificing calories for a gamble

The study also found that the mere prospect of getting a prize is more motivating than the actual prize – people were more likely to choose a smaller meal if it came with just the chance to win a $10 lottery ticket.

“Unlike the Happy Meal, which offers a toy every time, adults were willing to sacrifice calories for a gamble,” said Deborah MacInnis, professor of business administration at USC Marshall.

The findings suggest that people can reward themselves for eating less food by using non-food rewards.

“This substitution of rewards assists consumers in staying happy and satisfied,” the authors wrote.

Parents, too, may learn that reinforcing their children’s good behavior with non-food items could help kids avoid overeating.

The study is published in the Journal of the Association for Consumer Research.