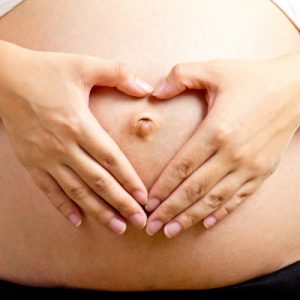 Vulnerability to anorexia might be connected to a mother’s stress levels during pregnancy, according to a new study from Johns Hopkins researchers.

The team found that offspring of mother rats who were exposed to stress during pregnancy had altered brain signals when it came to hunger and response to food restriction. They also lost weight faster than the offspring of non-stressed mother rats.

“This research brings us a step closer toward understanding anorexia vulnerability and provides insight into the development of potential individualized treatment for this eating disorder,” said lead study author Gretha Boersma, Ph.D., a postdoctoral fellow at Johns Hopkins Medicine.

For the study, researchers stressed pregnant rats with mild environmental disturbances. In the offspring, they then limited the rats’ eating time. What the researchers witnessed was that offspring from these mothers were more hyperactive, lost more weight and refused to eat more often in the presence of food than rats from non-stressed mothers.

Most importantly, offspring who were from the stressed mothers that also exhibited a “passive-coping” style – where they avoided stressors instead of dealing with them – were most likely to exhibit the signs of anorexia nervosa. This probably has to do with the fact that hunger signals in the brains of these rats were not elevated to where they would normally be, the researchers explained.

“The results of this study suggest that we may be able to identify a subgroup of patients, those with a passive stress-coping style and a history of stress during early development, who might be highly vulnerable to anorexia when they start dieting,” Boersma said.