January Is ‘Worst Possible Time’ To Start A Diet, According To Science 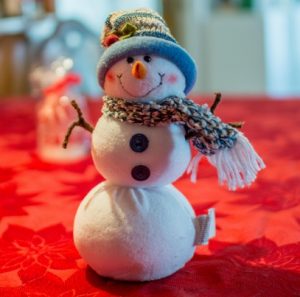 Evolution has enabled humans to adapt eating habits that ensure their survival, however it may not be doing us any favors when winter rolls around, according to a new study.

There isn’t an evolutionary mechanism that helps humans to avoid unhealthy foods and become overweight, researchers from the University of Exeter found. This is mostly due to the fact that, in the early evolutionary period, being overweight posed less of a threat to survival than being underweight.

“Storing fat is an insurance against the risk of failing to find food, which for pre-industrial humans was most likely in winter,” said lead study author Dr. Andrew Higginson.

Using a computer model to predict fat storage in animals, researchers studied how natural selection should enable animals to reach the healthiest weight while taking into account factors like food availability or the risk of being attacked by a predator when seeking food.

Sabotaged by the subconscious

The researchers found there are minimal negative effects when an animal exceeds the optimal levels of energy – or fat – stores. This means that, like animals, human subconscious controls that protect against becoming overweight are easily overridden by the rewards associated with food.

In colder months when food is scarce in the animal kingdom, fat storage is an evolutionary norm, and our willpower is indeed weaker, the study reveals.

“This suggests that New Year’s Day is the worst possible time to start a new diet,” Higginson said.