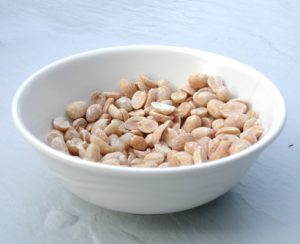 Research has shown that a high-protein diet can help adults maintain a healthy weight, but a new study now suggests teens can also greatly benefit from a particular balance of macronutrients – especially in the afternoon.

Researchers from the University of Missouri-Columbia found that high-protein soy foods consumed in the afternoon helped adolescents to curb their appetites and delay subsequent eating and unhealthy snacking later in the day.

“Standard meals tend to go to the wayside for kids this age -particularly from mid-afternoon to late evening – and many of the convenient ‘grab-and-go’ snacks are high in fat and sugar,” explained study author Heather Leidy, assistant professor of nutrition and exercise physiology at MU. “When kids eat high-protein snacks in the afternoon, they are less likely to eat unhealthy snacks later in the day, which is particularly important for kids who want to prevent unhealthy weight gain.”

Not only did teens who ate high-protein snacks consume fewer unhealthy foods, but they also made better food choices overall and consumed less fat in general, Leidy said.

“Thus, adding protein snacks in the afternoon could be a good strategy for individuals who are trying to eat more protein throughout the day,” she continued. “In addition, we also found that the high-protein snacks improved certain aspects of mood and cognitive function.”

The adolescents in the study were given soy-protein pudding, but other sources of high-quality protein could offer similar benefits, Leidy said.