High Iron Intake Could Cause Overeating 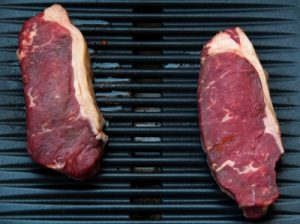 Eating a high amount of iron could interfere with your appetite, making you eat more, according to a new study.

Researchers from Wake Forest Baptist Medical Center found that a diet high in iron – a mineral found in foods like red meat – suppresses leptin, a “hunger” hormone that helps to regulate appetite.

“We showed that the amount of food intake increased in animals that had high levels of dietary iron,” said Dr. Don McClain, senior author of the study and director of the Center on Diabetes, Obesity and Metabolism at Wake Forest Baptist.

High iron intake in people has also been linked to diseases like diabetes, Alzheimer’s and fatty liver, the study reported.

Plant-based iron sources may be better

For the study, researchers fed male rats both high-iron and low-to-normal iron diets for two months, measuring their levels of iron in fat tissue during each diet.

In the mice who were fed a high-iron diet, researchers saw a 42-percent decrease in leptin levels compared with the mice on the low-to-normal iron diet.

Since iron is a mineral than humans can’t excrete, the more iron consumed increases the likelihood of lower leptin levels and, potentially, the tendency to overeat.

According to McClain, the findings point to yet another reason to cut back on red meat consumption, since the iron in red meat is more easily absorbed than iron from plants.

“The better we understand how iron works in the body, the better chance we have of finding new pathways that may be targets for the prevention and treatment of diabetes and other diseases,” he said.