Having An ‘Ideal Weight’ Doesn’t Help You Reach Goals 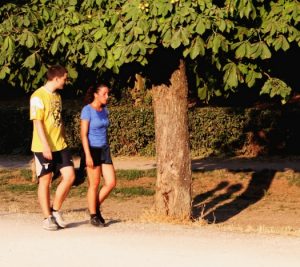 Having an “ideal weight” doesn’t help people achieve their weight-loss goals, according to a new study from the University of Helsinki.

Researchers looked at data on more than 4,900 young people who answered questions about their body weight at age 24, and then again at age 34.

The overall findings suggested that half of young men and nearly all of the young women they studied would like to weigh less than they do. Moreover, after a decade, only one in five women and one in seven men reached or surpassed the goal weight they initially had at age 24.

“People tend to set unrealistic ideal weights, but these ideals do not help them lose weight in the long term,” said Ulla Kärkkäinen, study author and nutritionist. “Among women in particular, the ideal weight tends to be significantly below a healthy weight, and cultural and healthy weight standards often conflict.”

Most people will gain weight

“Previous research has indicated that dissatisfaction with body weight increases dieting, which in turn makes the person more likely to gain weight in the long term,” Kärkkäinen said. “To avoid this harmful chain of events, it is important to promote a positive body image and to communicate more realistic weight ideals.”