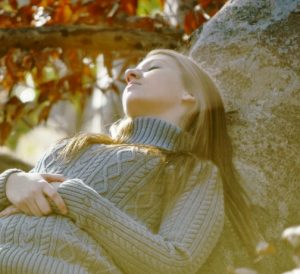 People with anorexia may have differences in their gut bacteria that make them prone to certain psychological symptoms, according to a new study.

The research adds further evidence to the idea that gut microbiota – which is made up of trillions of bacteria – plays a significant role in the development of disease and overall health.

While researchers didn’t find that a gut bacterial imbalance directly causes anorexia symptoms, it could contribute to changes that cause depression, anxiety and further weight loss in people with the condition.

“Other studies have linked gut bacteria to weight regulation and behavior,” said Dr. Ian Carroll, senior author and assistant professor of medicine in the UNC Center for Gastrointestinal Biology and Disease. “Since people with anorexia nervosa exhibit extreme weight dysregulation, we decided to study this relationship further.”

For the study, researchers examined fecal samples from 16 women with anorexia nervosa – once when they were admitted to an eating disorder center and then again after their weight was restored at discharge.

Carroll and her team found significant changes in gut bacteria between the first and second samples – the first sample had fewer types of bacteria, which made the microbiota less diverse.

Researchers also found that the improvement in microbial communities in anorexia patients was linked to improved mood.

To test the findings further, Carroll’s team will analyze how human gut bacteria samples from anorexia patients affect the biology and behavior of mice. These results might indicate whether or not microbiota therapy could be useful for people with anorexia.