For Girls, Playground Teasing Has Lasting Effect On Body Image 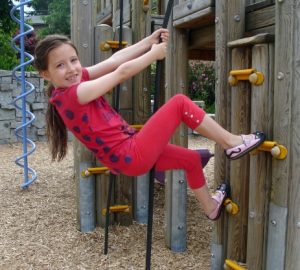 The seemingly harmless teasing that happens on the average playground may have a long-term impact on females, a recent study suggests.

Specifically, overweight or obese adolescent girls are likely to develop harmful habits and a poor body image if they are teased by their peers.

The research, conducted by a team from the University of Houston, found that almost all the girls in the study were unhappy with their weight and wished they were thinner.

The study found that overweight girls had a higher risk of developing eating disorders if they were teased, due to a desire to control their weight and avoid the “psychological disturbances” and stigma of carrying extra pounds.

Seventy percent of the girls in the study engaged in weight-control behaviors, like dieting, skipping meals or anorexic tendencies. Thirty-three percent said they engaged in emotional eating in order to cope with the negative feelings associated with being teased.

“Results from this study may guide health educators and practitioners to design interventions to teach coping strategies to these children to help them deal with peer-weight teasing,” Olvera said. “The findings also support social policies of no tolerance of weight-related teasing particularly in school settings.”

The study is published in The Journal of Early Adolescence.