Food Cravings May Be Hard-Wired For Some Individuals 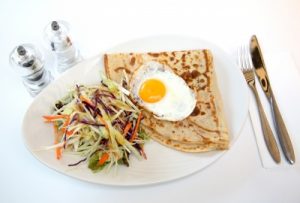 Food cravings may be rooted in how much you weigh, according to a new study.

An international group of researchers found that the tendency to want food may be more hard-wired in overweight individuals’ brains, while normal-weight patients suffer less from these types of cravings.

The study highlights the idea that certain brain mechanisms implicated in addictive behavior could be partially to blame in eating behaviors that lead to weight gain, like binge eating disorder or compulsive eating.

For the study, researchers gave food to 42 normal-weight individuals and 39 obese individuals. The patients were later given MRI brain scans while being shown pictures of food that might stimulate cravings.

Researchers also found that 11 percent of the weight gain seen in overweight patients over a three-month period could be traced back to the connectivity patterns observed in the MRI scans.

“The findings in our study support the idea that the reward processing following food stimuli in obesity is associated with neural changes similar to those found in substance addiction,” said lead researcher Oren Contreras-Rodríguez.

While researchers aren’t sure if weight gain causes changes in brain connectivity or if, alternately, these connectivity abnormalities cause weight gain, they suggest that brain biomarkers could play an important role in the treatment of weight-related disorders.