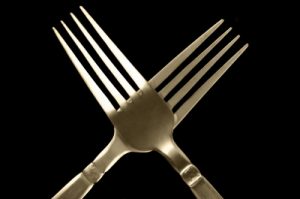 While awareness is more prevalent than it has ever been, eating disorders are still sending too many young people to the hospital, according to figures released by the BBC.

The number of teens in the UK who have been admitted to the hospital for some type of eating disorder has nearly doubled in the last few years – the number was 959 in 2010 and it jumped to 1,815 in 2013.

Social media, among other factors, may be largely to blame, according to a spokesperson for the Royal College of Psychiatrists (RCP).

“Literally with one click of a button, very vulnerable young people are able to access 10,000 images of ‘perfect looking’ people, which places them under a lot of pressure,” said Dr. Carolyn Nahman.

According to the RCP, there has been an “unprecedented rise” in the number of people suffering from eating disorders, which could be offset by more education and awareness – especially when it comes to navigating social media and the unrealistic body types that are often represented.

“Young people who look at these images often develop body image dissatisfaction, quite low self esteem, because they’re constantly comparing themselves to these perfect images,” Nahman said.

“Although Beat agrees that there is undoubtedly a continually increasing amount of social pressure through media and advertising on individuals both female and male to aspire to certain body ideals, eating disorders are more complex for this to be the sole cause,” the organization said in a statement.